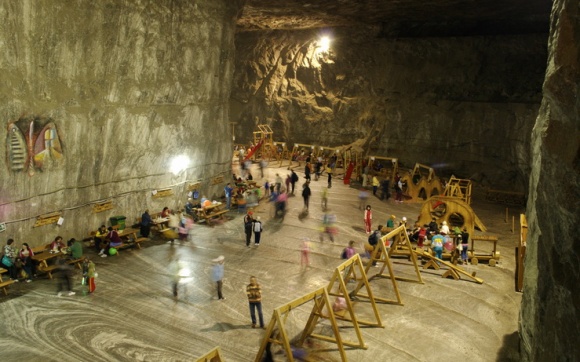 The commune's chief economic activity centers around the salt mine that both provides salt for industrial and attracts over 400,000 tourists every year.

Due to the extensive salt mining there have been left large underground halls, where a unique salt-mine microclimate has been created, with relatively constant temperatures, between 14 and 16 Celsius degrees, low humidity 66-70% and bigger pressure than on the surface 735-738 mmHg on average.

The air is highly ionized, very effective in what the respiratory diseases treatment is concerned. Underground sanatoriums have been created here. The underground treatment was firstly held in the early 60es, in the Gh. Doja mine. In 1980, the treatment base was moved to the "50 horizon", which lies at 120m underground, its width is of 20m, height 14m and length a few hundreds of meters. On a 1250m distance from the entrance ant to the treatment base, the visitors are transported by the salt-mine buses.

During the summer season, the visitors of the mine outnumber 2500-3000 daily, i.e. approximately 230000 persons during the months of June, July and August.

The salt-mine provides the following attractions: underground halls with electricity supply, playgrounds for children, buffet, billiard-tables and an ecumenical chapel, all specially created for your relaxation. 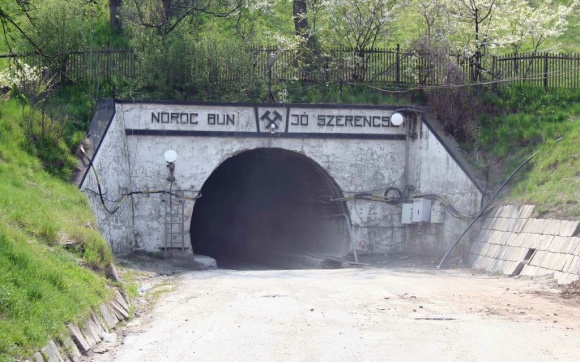 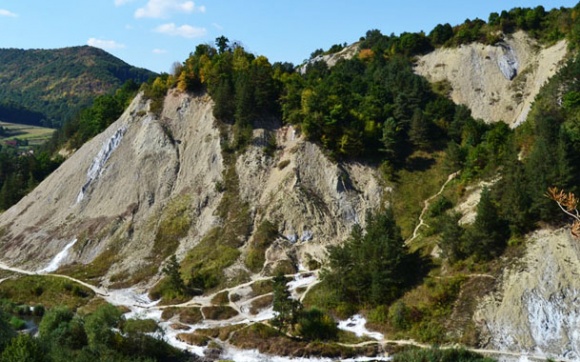 Request for our special offer!

Put your visit memorable and send your opinion, by attaching a small image to ballapanzio@gmail.com e-mail address.
Balla Árpád

Put your visit memorable and send your opinion, by attaching a small image to ballapanzio@gmail.com e-mail address.
Balla Árpád